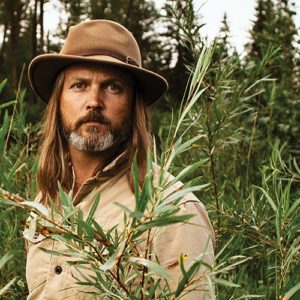 Kevin Kossowan is an award winning filmmaker specializing in the world of food. His online series ‘From The Wild’ has received a James Beard Foundation Award nomination, and sees chefs from across the world enter the Canadian wilderness to explore the intersection of culinary and the outdoors. The series puts Kevin in varied ecoregions from the Atlantic coast to the pacific exploring seaweed and ignored fish and bivalve species, black bear, beaver, moose, waterfowl, upland birds, and foraging plants and mushrooms along the way. From The Wild is currently releasing season 5, and in production of season 6. www.fromthewild.ca
When Kevin is not on that project, he’s producing film for the culinary industry around the world, and the agriculture and tourism industries in Canada. He also teaches a series of foraging and field cookery workshops, some in partnership with local restaurants with a view of developing compassion for our ecosystems through the gateway of food.