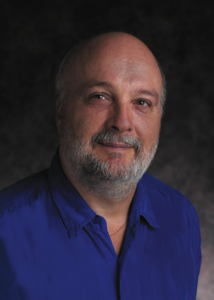 Robert Dale Rogers has been an herbalist for over forty-five years, and is a professional member of the American Herbalist Guild. He earned a Bachelor of Science from the University of Alberta, where he is presently an assistant clinical professor in Family Medicine.

He presently teaches plant medicine, including plant and mushroom medicine, aromatherapy and flower essences in the Earth Spirit Medicine faculty at the Northern Star College in Edmonton, Alberta, Canada.

Robert is past chair of the Alberta Natural Health Agricultural Network and Community Health Council of Capital Health. He is a Fellow of the International College of Nutrition, past-chair of the medicinal mushroom committee of the North American Mycological Association and on the editorial boards of the International Journal of Medicinal Mushrooms, Fungi magazine and Discovery Phytomedicine.

He is the author of 50 books on medicinal plants and fungi of the boreal forest, including The Fungal Pharmacy: The Complete Guide to Medicinal Mushrooms and Lichens of North America.

A Cree Healer and his Medicine Bundle, was released in June 2015 by North Atlantic Books. It documents the ten generation passing down of over sixty traditional indigenous boreal plants and fungi and their medicinal use.

Mushroom Essences: Vibrational Healing from the Kingdom Fungi was released in July 2016. This book contains 48 mushroom essences prepared under lunar influence for working with soul connection and depth psychology. It includes one or more case study, from clinical practice, associated with using these wonders of the underworld.

In June 2017, North Atlantic books released Herbal Allies: My Journey with Plant Medicine, including 20 plants of the boreal forest from the perspective of the Cree Lunar Calendar.